You are currently browsing articles tagged not working.

February 5, 2014 in Tech Talk & Other Thoughts by Brian Thompson | No comments

I posted a while back that I had a good media server setup, but since then I’ve had a lot of problems getting things up and running on my PS3.  Many of my video files are in many different formats and UMS was having issues with some, but not others.  I don’t recall if I sorted out what was causing issues, but I was tired of the problems and looked for other options.

In my searching I came across Plex Media Server.  There is some type of pay service that they offer, but after reading about this a bit I found that the local media server is free and decided to give it a try.  Short story is I think I like it now, but it took a while for me to get up and going. 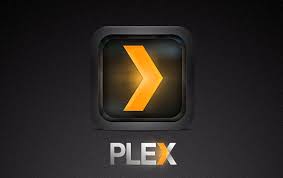 Issue #1: My first issue is that if you use the apt-get blah blah blah my source list wasn’t pulling the latest version as noted on the website.  The fixes seemed to point me to updating the source file with part of the source listing the ubuntu version I was running.  Now I tend to be forward leaning when it comes to updates and I’ve stayed with the latest ubuntu versions.  Having to update my source file didn’t seem too fun.  So rather I decided to just download the file directly from the website copy the link and install directly.  At the time I wrote this 9.8.18.290 was the latest version for me

Issue #2:  With plex installed I ran into some issues with it detecting my movies.  Plex really likes the movies to be in a specific format (see here) and I really didn’t care to rename my files.  So rather the way I did this was to create a Home Video Library and then add the folders that I wanted it to detect.  With using the Home Video library it will pull any video format regardless of the name.

Issue #3: The other thing is that I wanted this to play through my PS3 or to my android phone using DLNA.  Initially, Plex could see all the videos and added them to the library, but when I tried to play then I always go some errors.  The post on Ant Dicken’s Blog had the answer for me.  See my files are all on a USB external drive and ubuntu was adding them to my /media/<username>/<drivename>.  When it did this plex couldn’t get to the files.  So as the post shows I modified my /etc/fstab file to directly mount the drives to /media/<drivename>and things worked.  To get the needed information to do the modificaiton I used the two commands below.

Note, make sure you make a backup of the fstab table before you modify it. This saved me as after my first modification I had an error that was causing problems with ubuntu.

With those three fixes I was up and running.

A quick note about playing the videos on the PS3. Fast forwarding doesn’t really work, but if you hit triangle and then in the upper left choose scene selector you can jump forward through the movie.

SD Card not working on my HTC Evo Shift

August 10, 2011 in Tech Talk & Other Thoughts by Brian Thompson | No comments

Here is a small issue that I ran into.

After upgrading my HTC Evo Shift to Gingerbread I discovered that I could no longer connect my phone to my computer and get to the SD card.  I tried installing the latest HTC Sync software, but that didn’t seem to fix the problem.  I read a few other blogs and then tried getting the latest Android SDK.  After installing that I’m back up and running.  Pretty simple, but pretty annoying.