February 3, 2013 in Tech Talk & Other Thoughts by Brian Thompson | No comments

I just got a new phone.  After working really hard on my Evo shift I just couldn’t take the slowness anymore.  So I upgraded to a huge phone, the Samsung Note 2 on Sprint.  I’m still not too sure this is the phone for me as I’m worried about the size of it.  I almost bought the phone from Best Buy, but they were out of the titanium version and would have to mail it in.  So I decided to get it through Costco.  From Costco they had it as the same price, but covered the $36 upgrade fee and gave an additional car charger, case, and screen protector.  The phone was also mailed and it took about a week for it to come in.  Once I got the phone I charged the battery to full then went to work transferring phones over. 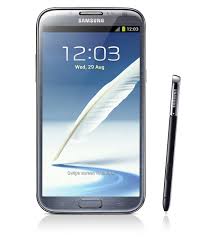 In order to do an easy transfer from my old phone I did a Titanium backup of my apps. More specifically:

This should backup all the SMS messages too, but just in case it didn’t work is used SMS Backup & Restore

I have the root version and really want to keep root on my phone.  Though at this time I have no desire to flash any ROMs or add a different recovery, but still want to get the OTA updates from Sprint/Samsung.  So I followed the directions posted on the XDA forums.  At the time of writing this post the VPALJC was the most current ROM.  I’ve copied the steps I followed, pretty much exactly as listed on the forum, so that I can recall what I did in the past.  I suggest reading the forum as it has a better chance of being kept up to date, whereas this post will be a simple moment in time.

Steps I followed to root and still maintain OTA updates.

Well after things rooted successful the phone restarted and everything worked just fine and root was enabled.

Well with things rooted I just needed to get the apps back through Titanium backup.

And once that is done things should be back where they are with the exception that I see that the defaults and some passwords didn’t transfer.  I may unselected some system data that I wasn’t supposed to, but selecting the default apps in some cases isn’t so bad.

This weekend I updated my Spring HTC Evo Shift to Gingerbread (Android 2.3).  There was a pushed update by Sprint, but since I had rooted my phone it wouldn’t take.  Lisa has the same phone, but not rooted and the update went just fine.  So I resorted the internet to figure out what to do.  I found this link which listed and went to the “ROOTED “Official Update” – x99_GB_Sense_Stock_Rooted” which linked to the ROM download.  I tried downloading this on my phone, but the download site 4shared.com keeps restarting the counter.  So I downloaded this on my PC and placed it into the root directory.  Before I implemented the root I looked into how to best back up my phone before proceeding.    There was a good post on the same forum with the ROM that mentioned to use the following 3 programs:

I did a backup of the call logs, SMS, and then Apps (in that order).  The I went to bootloader and did the following:

Everything loaded up fine and I started the recovery process.  First I had to enter in my google account info and then downloaded the Titanium Backup App.  Did the batch restore.  This worked out pretty well.  It was kind of annoying to choose to reinstall everything, but at least it worked for the most part.  Some of the apps didn’t ask to reinstall, not too sure why, but I looked in my downloaded app in Google Market and just manually selected to re-download them.

At one point I got an error that my phone was full at which point I realized that all the apps were installing to the phone and not the SD card.  Before the update I had changed the settings in my phone to default to installing them on the SD card , obviously the new ROM didn’t have this.  This link shows what to do for Android 2.2 and I suspect that it works for 2.3, but haven’t tried.  I found that Titanium Backup had an option to move all apps to the SD card.  I did this and then moved a few that I use frequently back to the phone.

Well everything to restore pretty well.  A few apps asked for login information again, but after that retained their setting.  Some kept crashing, Google Maps and Facebook, but after going into the Manage Applications menu and clearing the Apps cache they worked fine. Next, I ran the restore function for both the SMS and call log apps.  Presto their back.

The next problem that I found is that the weather & toggle widget that I use to emulate the HTC Sense clock wasn’t available to add as a widget.  It was installed, so I uninstalled it, then re-installed it.  Another Google search turned up that in Android 2.3 widgets can only be selected for apps installed on the phone, not on the SD card.  So a quick move to the phone and my phone is back exactly the way it was before (except for 2.3 of course).

All in all, a pretty painless process.  It took a bit longer than I imaged, but I’m happy that with only a couple of hicups my phone looks just as it was before the update.

The main thing I noticed from about 2.3 is how fast it turns on and off.  Actually, I noticed this from Lisa’s phone when we were in Italy and was somewhat jealous.  Other than that I haven’t seen or had a chance to see if the battery life is the better as claimed by Google.