Soon to be Pro-Am Photographer

February 17, 2013 in BLT Updates, Tech Talk & Other Thoughts by Brian Thompson | No comments

Lisa and I decided that we wanted to have a good camera to take a lot of baby Chase photos. Our little compact Lumix DMC-ZS3 just won’t cut it, but still really good camera to have. Also, I discovered that I had about $450 dollars worth of Boeing Pride points that I could convert to Best Buy gift cards. With that bit or money I make the knee jerk decision that we could afford a nice camera.

We figured that if we got a nice DLSR camera that we would get really good photos, but wouldn’t likely lug it around too often to get many of the in-the-moment photos. So I shopped around the latest removable lens / mirrorless cameras. After a few weeks of internet searching and store browsing we (or more accurately put, I) decided to get the Sony NEX-6 camera. 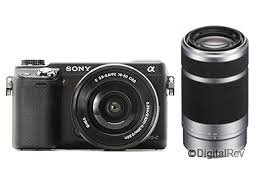 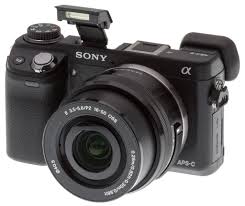 I also splurged picked up a few accessories. I bought a nice little camera bag (Manfrotto Stile Solo II) that fits the camera, extra lens, the charger and wires great. The bag doesn’t have enough room for the light shade, but I’m okay with that. I grabbed two rocketfish UV lens caps at Best Buy. They are ~$10 each and from the reviews I’ve read they don’t do too much, but are a great way to protect the real lens. Finally, Fry’s was having a great sale on Class-10 32GB SDHC memory cards and picked one up.

With all that I’m now set to be a premier pro-am photographer, though I don’t know what I’m doing. I’ve been done a bit or reading on how to use the camera, but mostly I’ve been reading on what all the sensor readings mean and how to take good photos. I know have a ton of photos of our candlesticks, Lisa’s last day flowers, and much to Lisa’s disapproval, her on the couch doing shutterfly stuff.

Well lets hope I learn quickly as baby Chase is due in less than 2 weeks!