January 6, 2016 in Beer Topics, Beers by Brian Thompson | No comments

I am super happy with how this beer came out as it is one of the best beers I’ve made, but it isn’t exactly like Pliny the Elder. I had some process issues that probably altered the beer a bit, but I the recipe wasn’t quite right either. It turns out that a copy of the RRB brew house recipe was posted after I made my beer and did the taste comparisons. Here are my thoughts from my comparison before reading the real recipe.
Color – mine was a bit darker
Taste – level of bitterness and maltiness seemed about right. Mine seemed a bit too citrus, I think maybe too much Amarillo.
Aroma – my certainly didn’t have that dank smell. Not enough Simcoe (either in amounts or utilization) 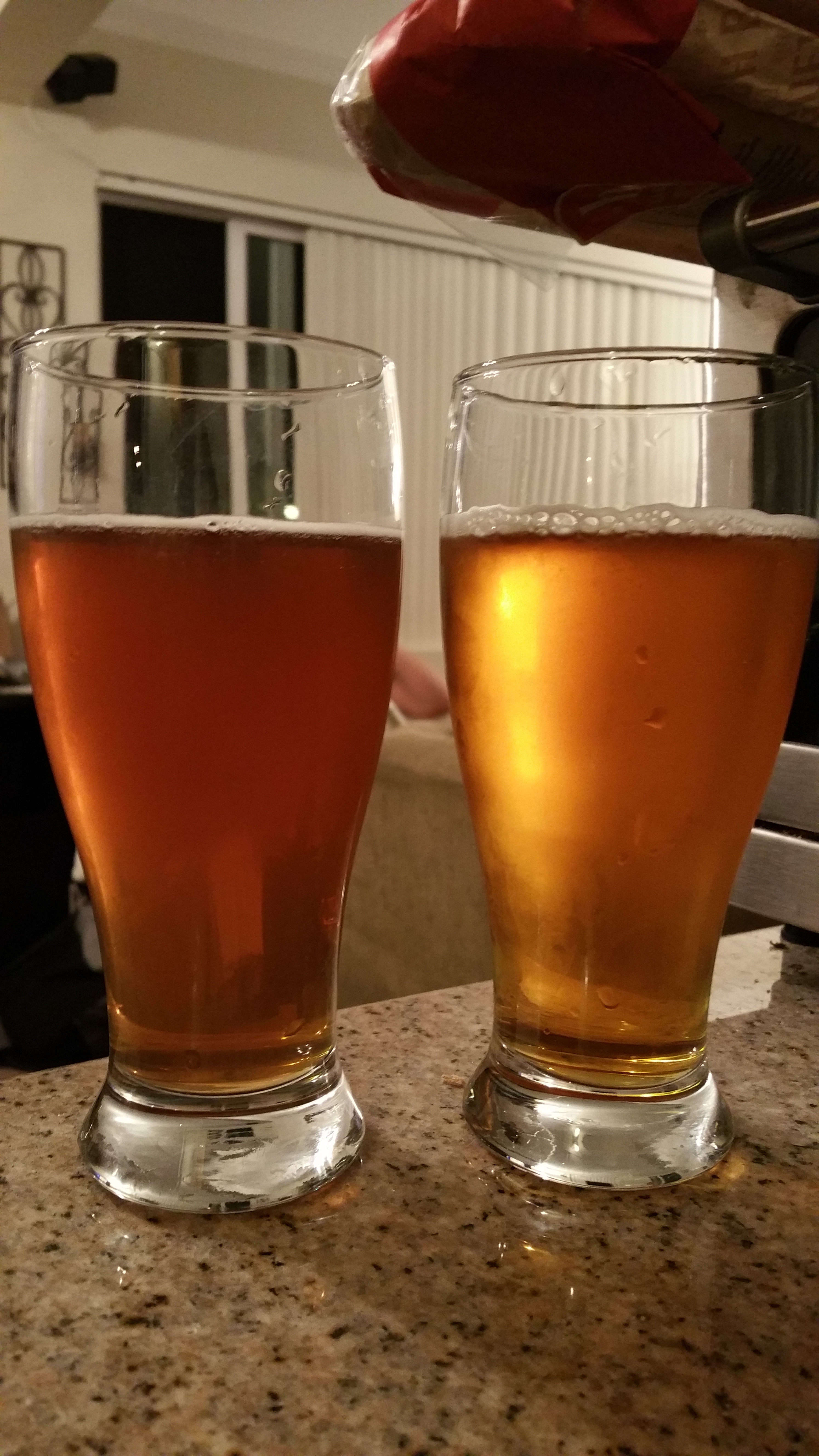 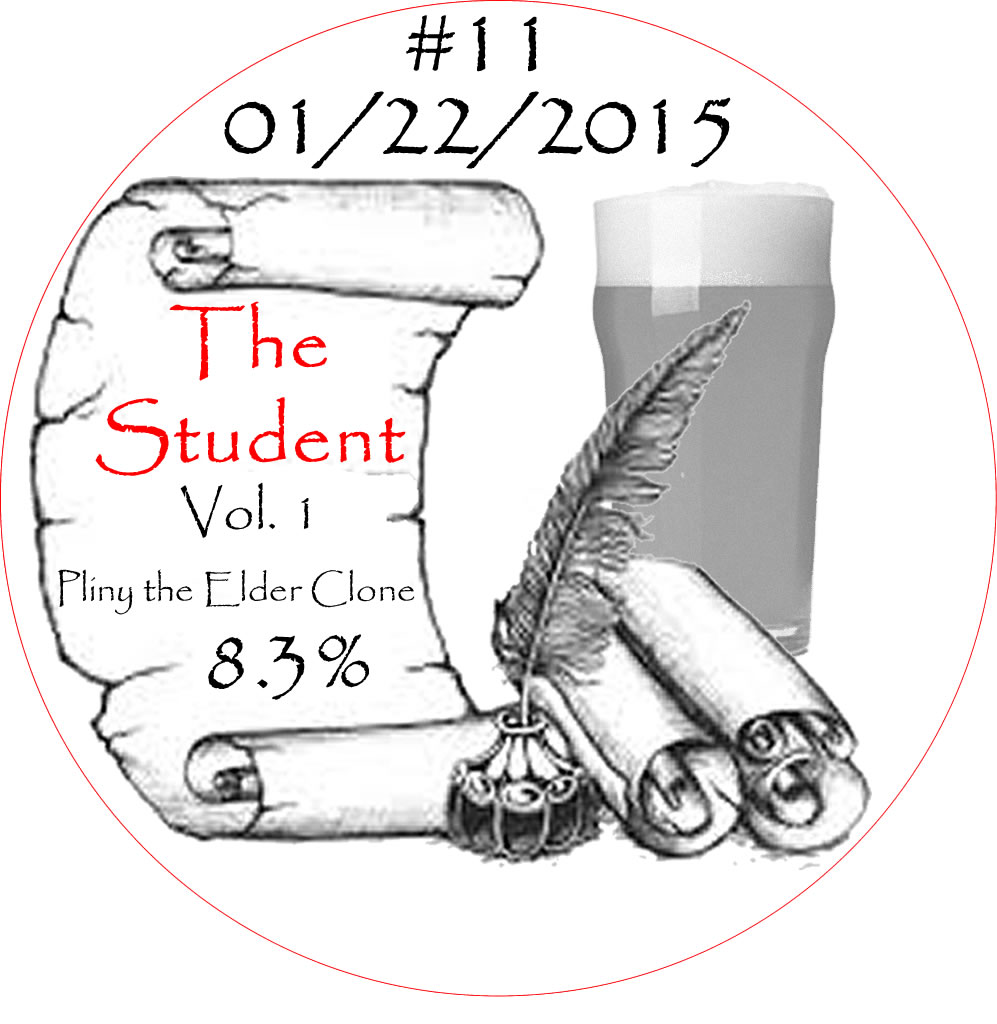 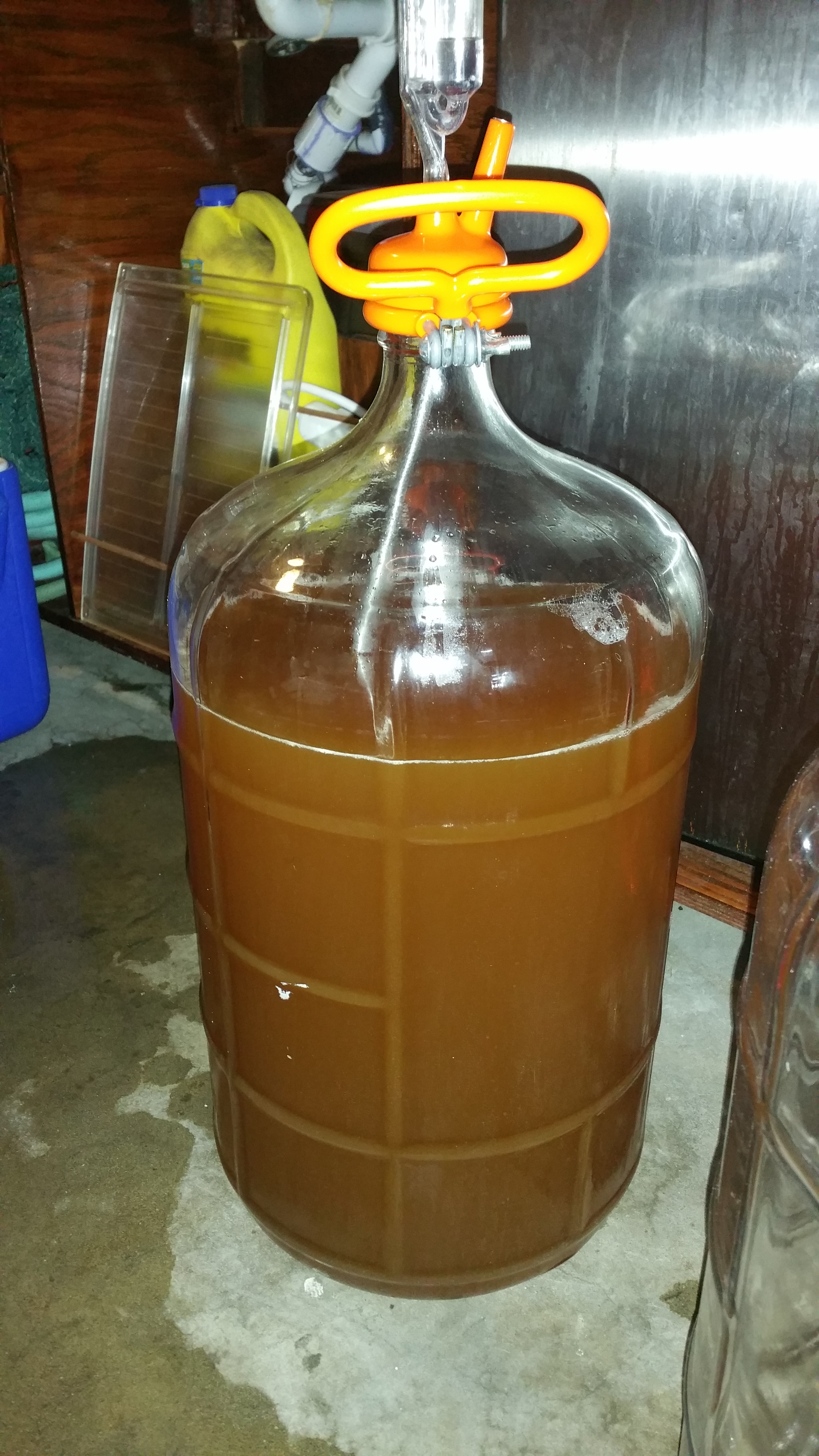 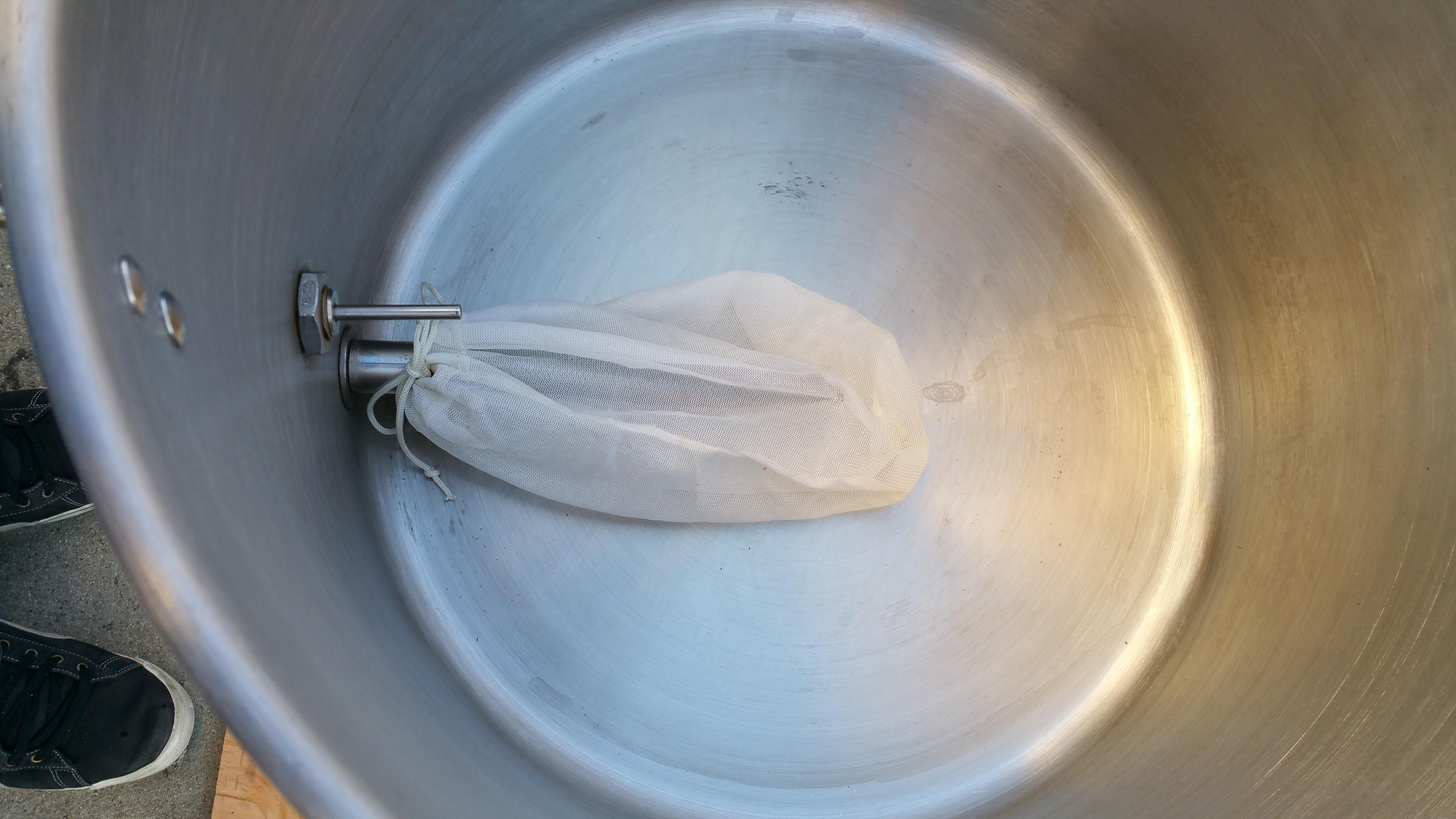 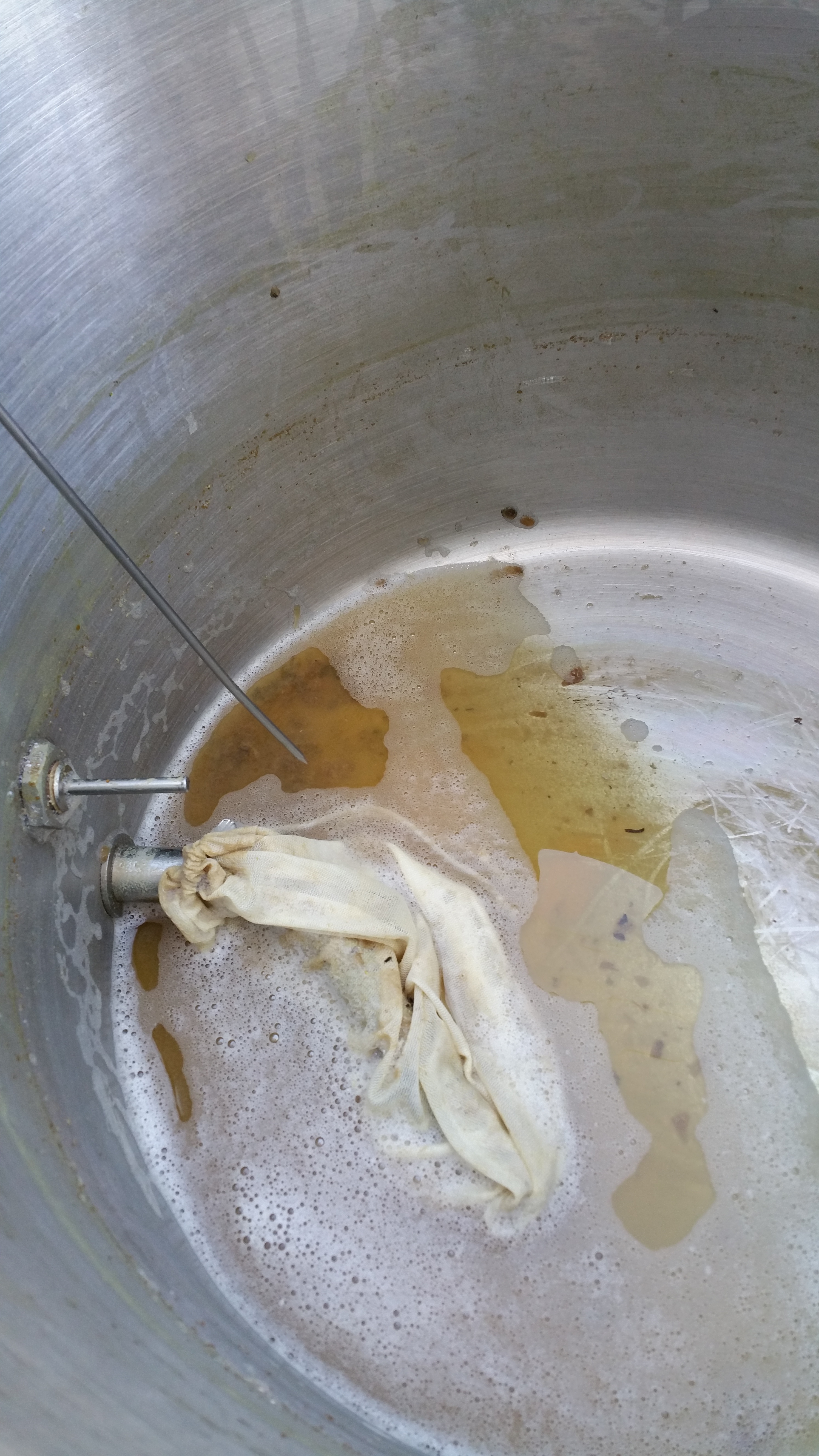 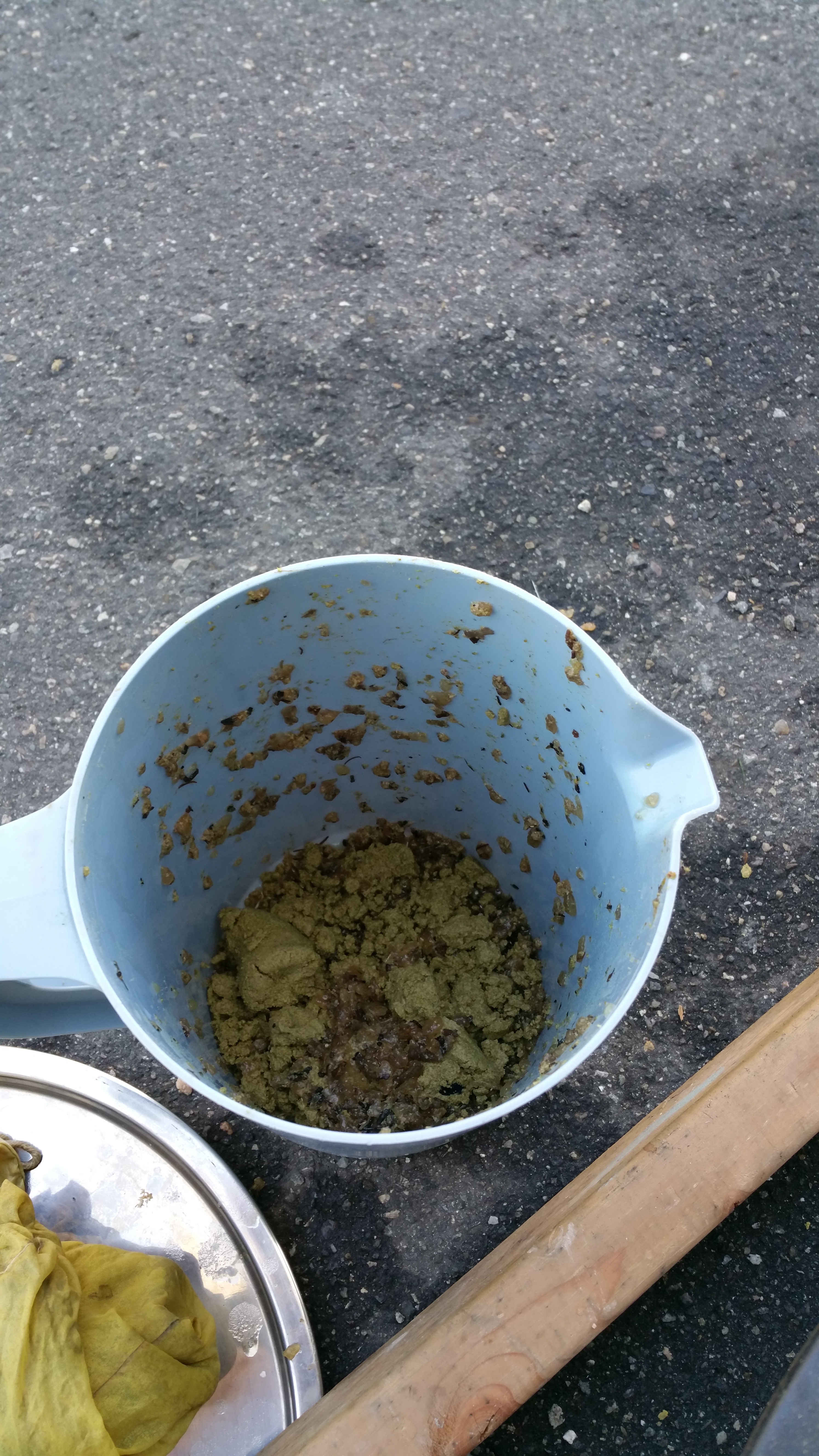 I’ve always used RO water as I didn’t know what was in my home water for a long time.  When I finally figured out my water I learned that it comes from two sources which are pretty much on the opposite side of the spectrum and there is no way to know what is coming out when.  So I’ve continued to use RO water which is cheap at the filling station next to the grocery store (30 cents per gallon).  This was the first time I tried doing water adjustments from the RO water.  I bought some things last minute, but didn’t have anything to make Chloride adjustments.  I’ll work to get better at this, but was focused on doing too little rather than too much.

Had similar issue with the mashing again where I started hotter than planned and then dropped about 8 degrees over the coarse of the mash.  My numbers came out okay, so nothing to worry about on this batch but certainly something to work on.

I tried using a little pump from ebay to do a whirlpool (not a real whirlpool, but enough to keep the wort moving over the coils when chilling), but clearly wasn’t ready as I fussed with that for about 20-30 mins before giving up and just using a spoon to stir.

Other minor notes.  My measurements don’t seem to be too accurate as I gained wort from the post boil measurement to the fermenter.  Need to get better at that.  I allowed for 30 mins for the trub to settle and then used my filters for the post boil transfer which resulted in a very low sediment in the fermenter. I collected the yeast into a clean spagetti jar as practice for yeast washing.  The yeast came out really clean and if I do things right (sterile jar and water) it seems I can start re-using yeast in the future.